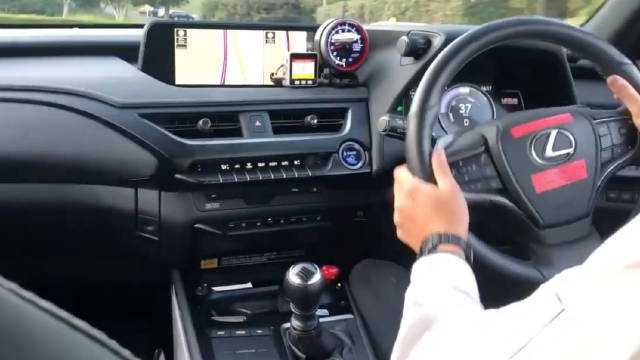 Although completely incomprehensible to most users, Toyota has made this patent a reality, and only luxury models have this design, such as the Lexus Electrified Sports.

IT House learned that Lexus Electrified chief engineer Takashi Watanabe described it as “a simulated drive force unit with pedal and shift positions to reproduce the experience of a manual transmission.”

Judging from the demonstration video he gave, the shifter on this car (the prototype is based on the Lexus UX300e) is so realistic that the driver even faces the possibility of the car stalling or slipping backwards when starting on a half-slope.

Watanabe said: “This new project was proposed by some Lexus engineers who summed up the advantages of conventional gasoline vehicles and the disadvantages of electric vehicles” and finally found that “they especially liked manual transmissions.”

Watanabe emphasized that the prototype is “very interesting” and that the project is currently being developed in earnest, possibly for future pure electric vehicles. From the video, you can see that when the driver shifts gears, the hand-held camera even shakes slightly, which confirms that its performance is no different from that of a manual transmission car, which is simply an eye-opener for users.

Makoto Shinkai’s new work is named “Lingya Journey” in Chinese, which was previously translated as “Lingya Hudi” – IT House