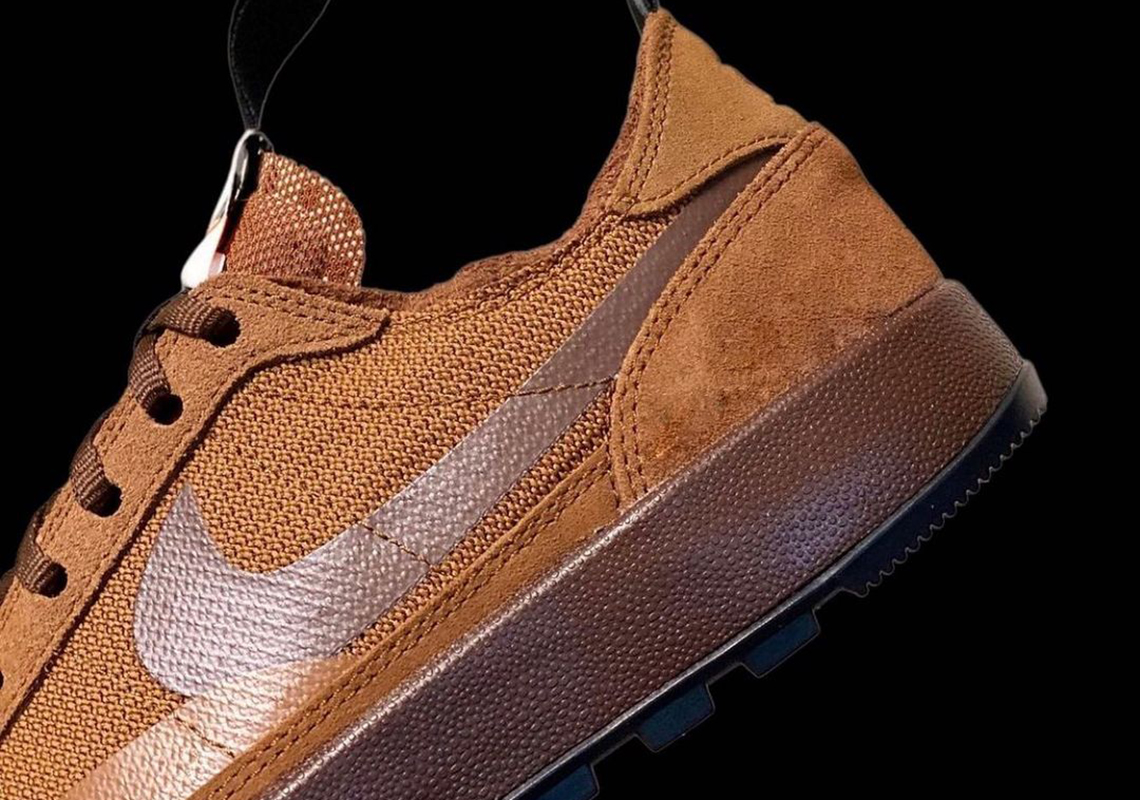 Tom Sachs‘ intentions for his latest Nike collab, the General Purpose Shoe, is not unlike that of Ye’s when he promised “Yeezys for everyone.” And though still difficult to obtain as of right now, soon most could be wearing the GPS, as new colorways of the silhouette are rapidly beginning to surface.

Proffering a sizable variety, the General Purpose Shoe has been seen in a total of five colorways thus far. Today, that number grows by yet another, this pair distinct thanks to what is almost a monochromatic scheme. Shades of brown are used exclusively throughout the upper and adjacent fixtures: the sole unit is clad in a dark shade, matching that of the laces and Swoosh, while the textile and suede above opt for a much lighter finish. Elsewhere, the outsole and pull-tabs remain black and the tongue label retains its usual orange-on-black branding.

For a closer look at this newly-revealed GPS, check out the leaked imagery below. As of writing this, no release date has been confirmed; for now, sit tight and await future updates.

In other news, the Yeezy 700 v2 Vanta is releasing again tomorrow.

Study Guide: The Best New Balance Footwear For Back To School