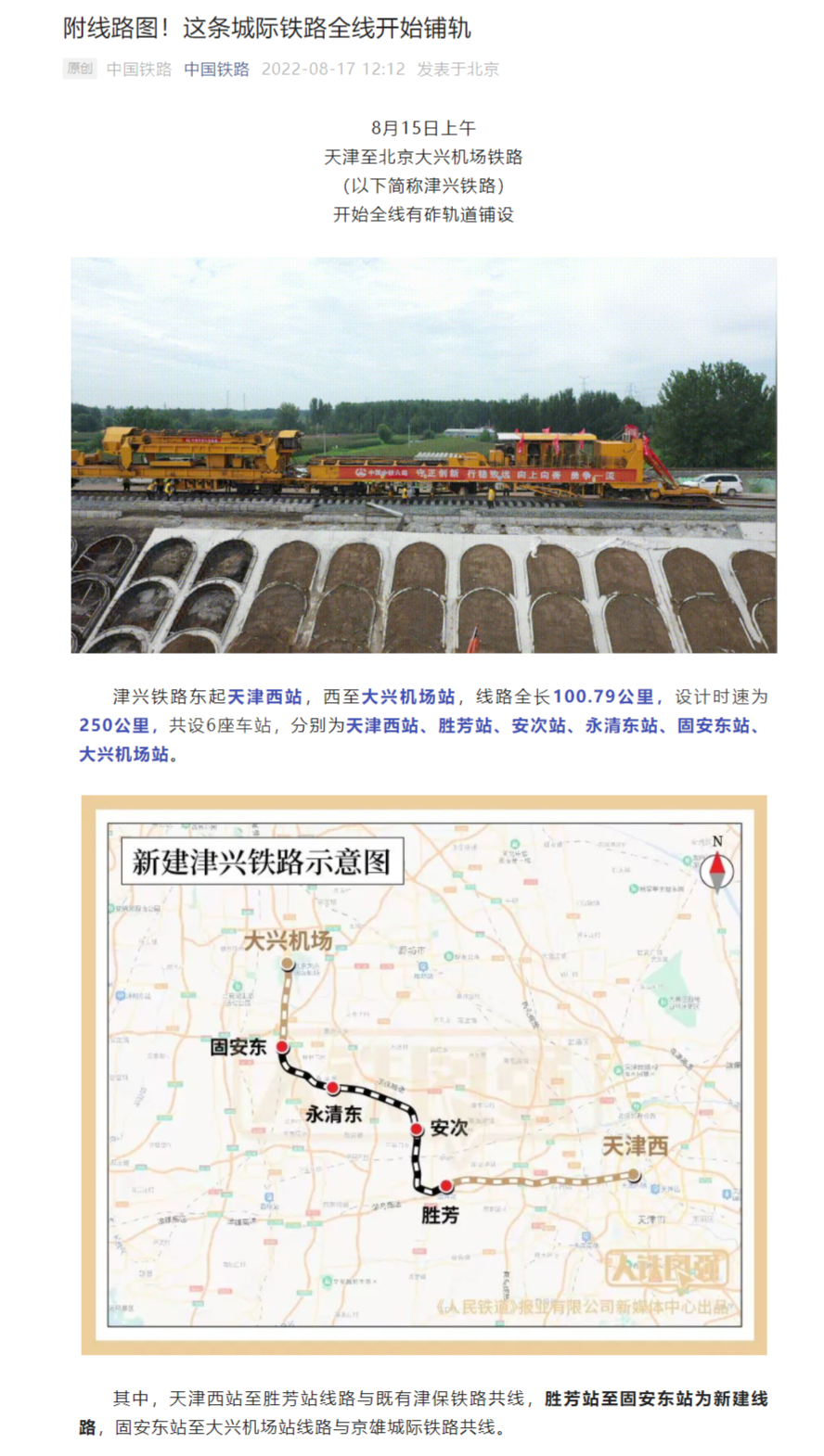 IT House August 17 news, according to China Railway, on the morning of August 15, the Tianjin-Beijing Daxing Airport Railway (hereinafter referred to as the Jinxing Railway) began to lay ballast tracks on the entire line.

The Jinxing Railway is an important trunk line connecting Beijing and Tianjin, and an important measure to implement the Beijing-Tianjin-Hebei coordinated development strategy.

Luxury e-commerce Secoo is suspected of running away: people go to the empty building, no delivery, no refund