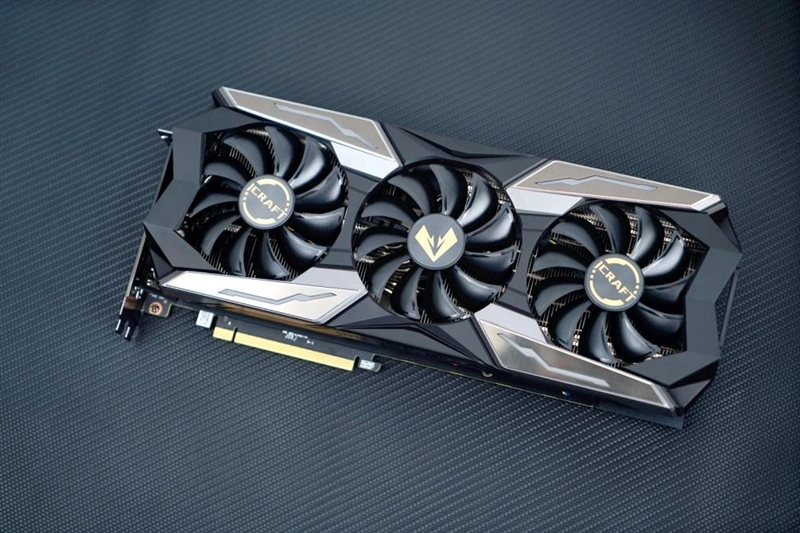 1. Preface: The determination to make the “heart of e-sports” a top non-public

In the player’s impression, Mingxuan’s graphics card, as the “beggar gang leader”, the most prominent selling point is cost performance, suitable for mainstream players, but rarely seen such as Zotac’s PGF, Asus’ ROG, Colorful Vulcan, and GALAXY’s HOF. A top non-male with a crazy stacking level.

However, the RTX3080Ti iCraft GM OC 12G (hereafter referred to as the RTX 3080 Ti gaming heart) launched by Mingxuan this time has the potential to become a top non-public in terms of workmanship and appearance.

Unlike before,This time, all the capacitors in the power supply circuit use high-end tantalum capacitors to replace the original aluminum-shell solid-state capacitors, which is rarely seen on top non-male models of other brands.

In addition, in terms of appearance, Mingxuan has redesigned the RGB lighting effect of the entire card. There are a large number of RGB elements on the front panel, the back panel of the courage and the top of the graphics card, and the Skylight skylight lighting effect has been uniformly designed, and the whole card is full of brilliance after booting. , very eye-catching. There is also a magnetic G-Stone energy stone on the back panel of Courage, which can be removed or installed at any time, which has a DIY meaning. Above is a screenshot of GPU-Z. Mingxuan RTX3080Ti Gaming Heart has 10240 stream processors, 112 ROP units and 320 texture units, 12GB video memory capacity, 19GHz video memory frequency, and 912GB/s bandwidth, all of which are the same as the public version.

However, the 1710MHz Boost frequency set by the RTX3080Ti Gaming Heart is 45MHz higher than the 1665MHz of the public version. In addition, although the TDP of 350W is the same as the public version, it can be manually unlocked to 380W.

Notebook U vs. Desktop U!Ryzen 7 5800H VS. Core i7-11700 comparison test: subverting the traditional impression