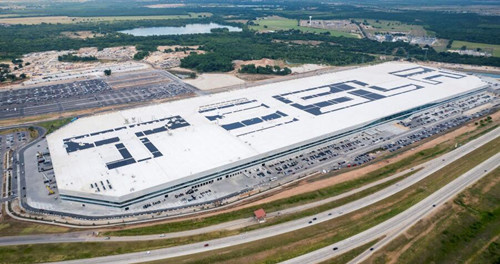 News on September 26, according to foreign media reports, Tesla announced in July 2020 that the construction of the super factory in Austin, Texas, after nearly two years of construction, held a grand opening ceremony on April 7 this year. The Model Y produced is also being delivered to users,As of last week, more than 10,000 Model Ys have been produced.

The latest reports from foreign media show that Tesla’s Texas Gigafactory battery production capacity will accelerate.The boost will be faster than they planned.

According to foreign media reports, Tesla originally planned to increase the battery production capacity of the two super factories in Berlin and Texas at the same speed, but they have informed officials in Glenhead, where the Berlin super factory is located, that they intend to quickly Increase battery capacity at the Texas Gigafactory at the planned rate.

Foreign media mentioned in the report,Tesla ramps up battery capacity at Texas Gigafactorywill transfer some of the resources originally used for the production of batteries in the Berlin Gigafactory to the Texas Gigafactory.

Foreign media said in the report that Tesla has accelerated the increase in the production capacity of batteries in the Texas Gigafactory to meet the requirements of new electric vehicle subsidies in the United States. Under the new U.S. electric vehicle subsidy program, if buyers want to get $7,500 in tax breaks,Not only are the purchased EVs required to be assembled in North America, but the batteries are also required to be produced in North America.