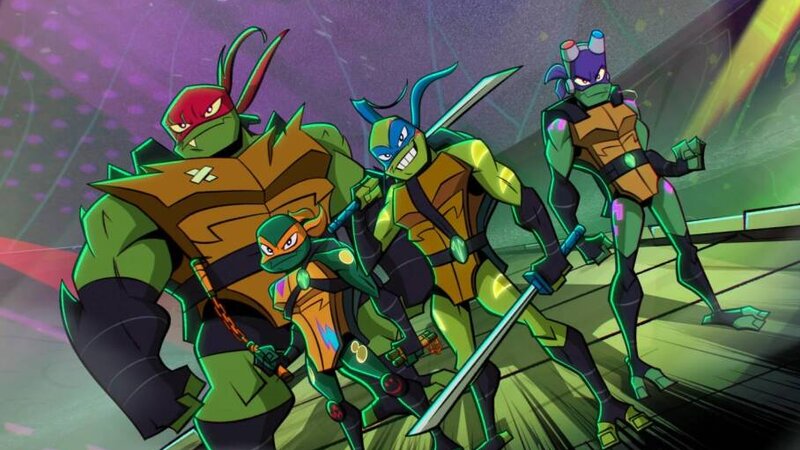 Ninja Turtles have now become one of the focal points of global pop culture and among numerous animated series, comics, video games and much more, they do not seem to tire the public. All eyes are now on the reboot directed by Jeff Rowe and produced by Seth Rogen, which will serve to give new life to the franchise. Also Kevin Eastman, co-creator of the mythical turtleshe said he was excited about the upcoming project.

Kevin Eastman is excited about the Ninja Turtles reboot

Interviewed at San Diego Comic-Con, the well-known cartoonist revealed that he was not consulted for the reboot. but to be equally curious and enthusiastic about Rogen’s vision: “I haven’t had a chance to talk to him and I don’t want him to feel somehow intimidated by my vision. The project belongs to him and for this reason I think it will be really exciting for the fans when they get to see the full movie. I worked on the 2012 series and briefly on Rise, but I’m glad there is an ever-expanding universe. ”

Kevin Eastman is not alone in having faith in the project. Even Brian Robbins, the new president of Nickelodeon, explained that the choice to involve Seth Rogen and Evan Goldberg in the project had been decisive because, according to him, they would be able to capture the spirit of the original turtles, creating a palatable product for children, adults. , Gen-Z and Millennials. The animated reboot of Ninja Turtles will arrive in theaters on August 4, 2023. Distribution globally it will be curated by Paramount.

After a comic beginning in 1984, the mythical turtles have been the protagonists of numerous animated series, a live action franchise in the 90s and two films produced by Michael Bay who starred Megan Fox, Will Arnett and Stephen Amell. The last, in chronological order, was Ninja Turtles – Out of the Shadowsreleased in 2016 and grossed over $ 245 million at the worldwide box office.

Why Android TV test automation is more important than ever

Block ads from games on iOS with these tricks