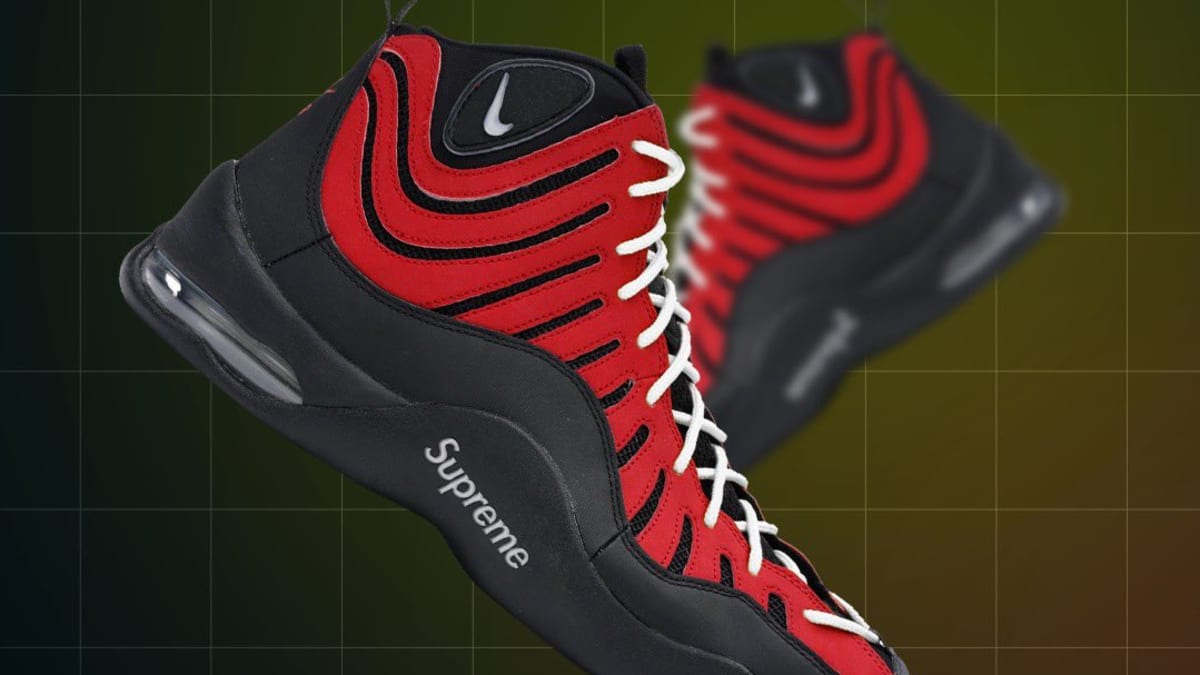 With Supreme’s Spring/Summer 2023 collection approaching, there are talks of new sneaker collaborations including a somewhat unexpected one with Nike.

According to reliable Supreme leaker @DropsByJaya Supreme x Nike Air Bakin is slated to release as part of the streetwear brand’s new season. Supreme’s interpretation of the ‘90s basketball shoe will reportedly come in up to three colorways, although the image currently provided is a mock-up and does not represent the final product.

The Nike Air Bakin was originally released in 1997 and most famously worn by Tim Hardaway of the Miami Heat. This era of Nike Basketball has been a repeated source for Supreme’s collabs. Other notable projects include the brand’s Air More Uptempo in 2017 and 2014’s infamous Air Foamposite One.

A release date for the Supreme x Nike Air Bakin has not yet been announced, but the early information indicates the collab could be released within the first few weeks of Supreme’s upcoming seasonal collection.

This classic model is set to return this coming SS23 season in 2-3 colorways and is dropping as early as week 2.

No official images have surfaced yet, but stay tuned as more details & news is coming soon.

Who’s gonna be grabbing a pair when they drop? pic.twitter.com/R6KLqFNPN0