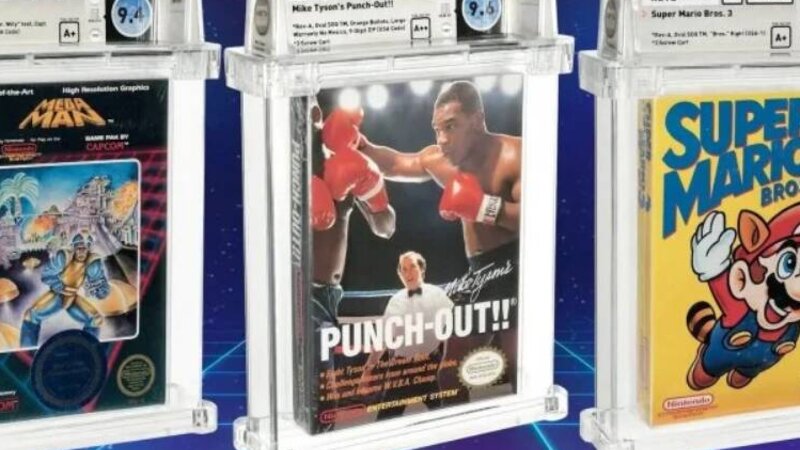 This morning, most of the players woke up with yet another piece of news concerning the world of retrogaming: the first copy of Resident Evil for PS1 has reached a value of over 50,000 dollars. Oh yes: we have a small treasure at home and we already see you go to eBay and try to sell it, just to earn a crazy amount, which would certainly allow you to be more relaxed. Too bad, however, that it is all false. We are faced with the usual story and for a moment we thought we were living in Memento, the film by Cristopher Nolan, based on the story of the brother of the director Memento Mori. The plot tells of Guy Pearce, a man condemned to have no short-term memory and forget any kind of information, so much so that he is forced to resort to tattoos to write down vital information. The film is beautiful and we obviously recommend you to see it, less the situation we are experiencing.

A copy of Resident Evil is actually up for auction for over $ 50,000. Too bad, however, that it is the usual scam we told you about a year ago and which continues, despite the various warnings launched online, to be relaunched by the various information sites. Currently, the copy of the Capcom game is only available on Heritage Auction, an auction house already famous for trying to manipulate the price of American comics. The scam works in two ways: on the one hand we have the auction house, Heritage, which hosts certain objects on its site. On the other hand, however, WATA, a company that “likes” video games. The manipulation of the price is very simple: WATA assigns an impossible rating and rating for a video game and the same appears on Heritage, at a decidedly inflated price. The two realities work in synchrony, for immediate gain in the short term.

Did you understand how it works? WATA and Heritage actually set a precedent. At this point, anyone who has a copy of a particular game, already sold in the auction house, will turn to the company that assigned the rating and inflated the rating. The player, convinced that he has a small treasure, pays a crazy amount to WATA because he has taken care of “grading” the game and then puts it in circulation on eBay or other auction sites. The result? No real collector will ever pay those figures and it is proven: of all the games sold for crazy prices, there is only one piece (the one on Heritage, with the auctions specially inflated by internal people or investment funds), while all the others are not calculated. of smear.

So how much is Resident Evil worth on PS1? You can actually take some pennies home with you. According to Price Charting, a website that tracks the auctions of various websites including eBay, to take home a complete copy of the PAL version of the Capcom game you need to spend about 28 dollars (the price increases in the case of the Italian version, which is much rarer ). As for the US one, on the other hand, about 73 dollars are needed. The version on Heritage, with the so-called “long box” packaging, can be purchased for around $ 250. We are far from the 52,000 requiredeven if it is the sealed version.

The Heritage and WATA phenomenon is definitely dangerous for everyone, but especially for those who are not so into collecting. Is there an easy way to stop this scam? Unfortunately not. Surely it would be helpful to avoid relaunching their press releases, which happens systematically abroad and increases this gigantic speculative mechanism. In the meantime, no: no one has a real treasure in the house. At most video games that you can sell to take away some whim.

One UI 5 with Android 13 is now available: the beta deployment begins on the Samsung Galaxy S22