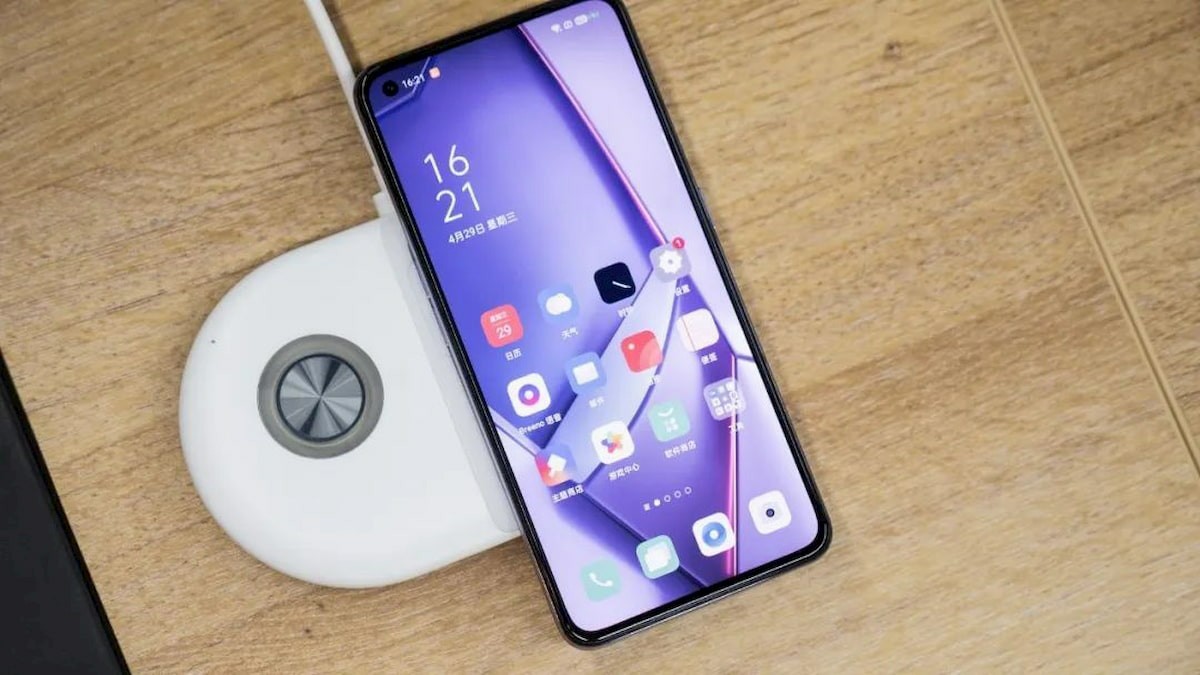 The OPPO Ace2, which is said to be the “5G Super Player”, has a top-selling point that even the big brother Find X2 Pro is envious of – 40W AirVOOC wireless flash charging technology. Let’s start Oppo AirVOOC Review.

Perhaps no one would have thought that by 2020, domestic manufacturers would have increased the power of wireless charging to 40W, and even put the wired fast charging of many flagship phones to shame.

AirVOOC charging base, also need to be equipped with 65W adapter

As a reclining wireless charging base, OPPO AirVOOC’s design is still quite textured, the whole pure white design is divided into two, the right side is the charging area, covered by soft rubber material, non-slip while protecting the phone, the lack of which is easy to stain dust and dander; and the side of the recess has two long bar-shaped heat sink.

A small, eye-catching “round window” on the left, with a metallic butterfly-winged swirling cooling fan inside, is very eye-catching; a small LED indicator light next to it.

The back is slightly exaggerated and is covered by a large thermal grille.

To get the most out of the AirVOOC 40W, you’ll need the 65W SuperVOOC adapter that comes standard with the phone. Of course, the official “packaged” version comes with an extra SuperVOOC adapter, but at an extra 150 yuan.

The OPPO ACE 2 is made up of two 2000mAh batteries, a 4000mAh battery pack that officially claims to fill up in 56 minutes at the fastest with the 40W AirVOOC, while the actual data measured in the lab was very close, filling up in 57 minutes in less than an hour to fill up a 4000mAh battery wirelessly, which was previously impossible to do, the results are good, even surpassing some flagship phones that support fast charging.

Incidentally, the Ace 2’s wired charging supports up to 65W SuperVOOC flash charging, and our lab measured that it can be filled in 32 minutes, and recorded a maximum of 36.9°C on the front.

Unexpectedly, the OPPO Ace 2 wireless charging process generates a bit more heat than the more powerful wired flash, with the temperature rising to 41.2°C by the 25th minute, about 4°C higher than wired charging. The reason is not difficult to understand, we know that wireless charging is through the process of electromagnetism, magnetic regeneration of electricity to complete the energy exchange, and this process inevitably occurs a large amount of energy loss, a large part of the loss into heat.

Looking at the heat map, the frontal heat of the Ace 2 in the 25th minute of wireless charging is concentrated on the upper left; however, it should be noted that we did not actively pick up the phone to measure the back temperature to ensure the accuracy of the charging process data.

As for the charging cradle itself, the left exposed part of it barely feels noticeably hot, while the area on the back where the phone is located is more noticeably hot and the fan outlet is relatively low.

There is still room for improvement, but it is still a worthwhile accessory for Ace 2

To allow AirVOOC to exert its maximum wireless charging performance, OPPO made a foolproof design for it … A visually foolproof design: you need to manually place the volume key against the logo next to its groove.

Because this is just a “visual” foolproof design, there will be a certain chance that it will be inaccurate at night when the light is low or when it is blindly put down-it is not impossible to charge, but the charging efficiency will be discounted-if the design is established the charging stand limits the location of the mobile phone, and the experience may be better.

Despite the fan design, the AirVOOC charger has satisfactory noise control, as long as you’re not particularly close to picking a quarrel, and you can’t hear much noise at work when using it in a quiet room.

If you have an OPPO Ace 2, don’t hesitate, it’s the Ace 2’s most worthwhile accessory, though it retails for 249 yuan with a Type-C cable and 399 yuan with a SuperVOOC adapter.

There seem to be only two 40W wireless chargers on the market that are comparable to some flagship wired fast chargers, the Huawei P40 Pro+ and the OPPO Ace 2, both of which use private wireless fast charging protocols and build their barriers.