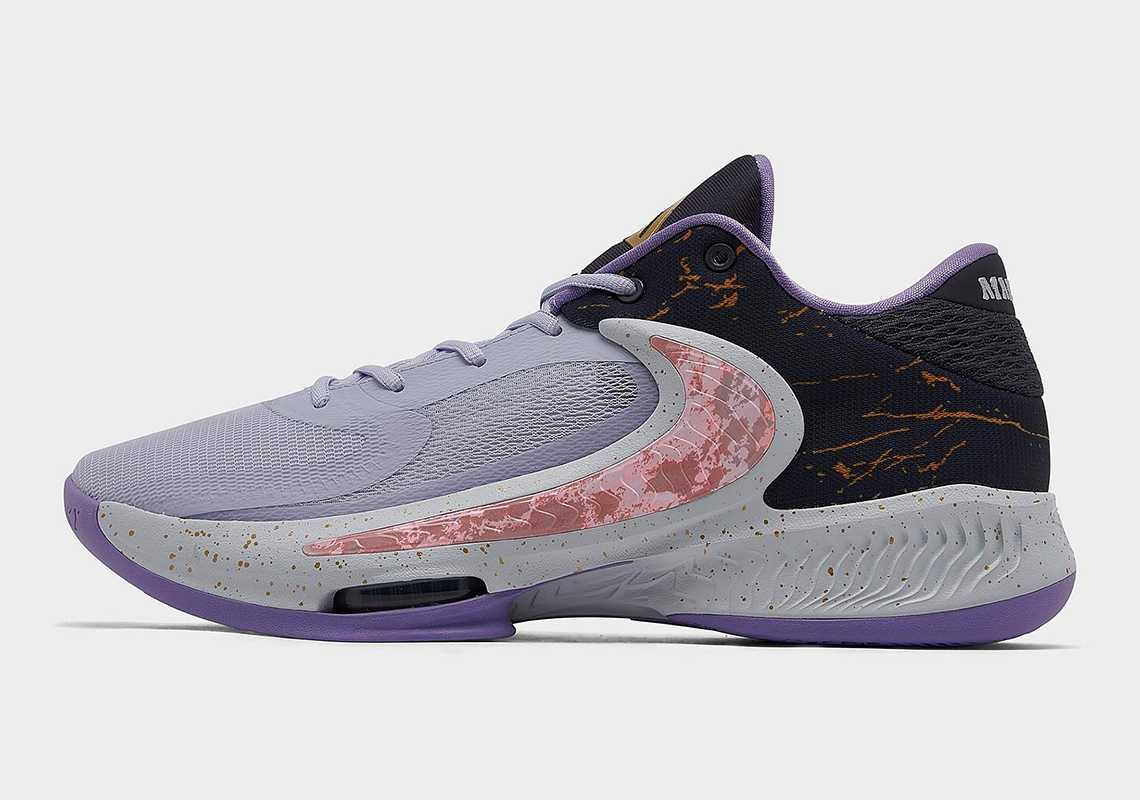 With two MVP awards and an NBA Championship under his belt, Giannis Antetokounmpo has risen to the ranks of perennial shoo-in for the mid-season exhibition known as the NBA All-Star Game. For the upcoming shindig in Salt Lake City, UT, Nike has infused themes of fossil hunting to its Nike Basketball footwear collection, applying some prehistoric detailing to the design.

The Zoom Freak 4, which is set to release on February 16th, features a mix of purples and pinks, with various patterns possibly reflecting the layer of rock in which dinosaur bones are embedded in after eons of evolution. On the heel is “2023” in Roman numerals, executed in a font inspired by fossils and bones. On the insole is a label (also seen on the KD 15 “All-Star”) that are typically used when archaeologists dig up the skeletons of the ancient beasts.

Nike will begin releasing its All-Star footwear on the week of the All-Star Game, with this Zoom Freak 4 dropping on February 16th.

In other Nike All-Star news, check out the Nike “Kaleidoscope” Pack for kids.