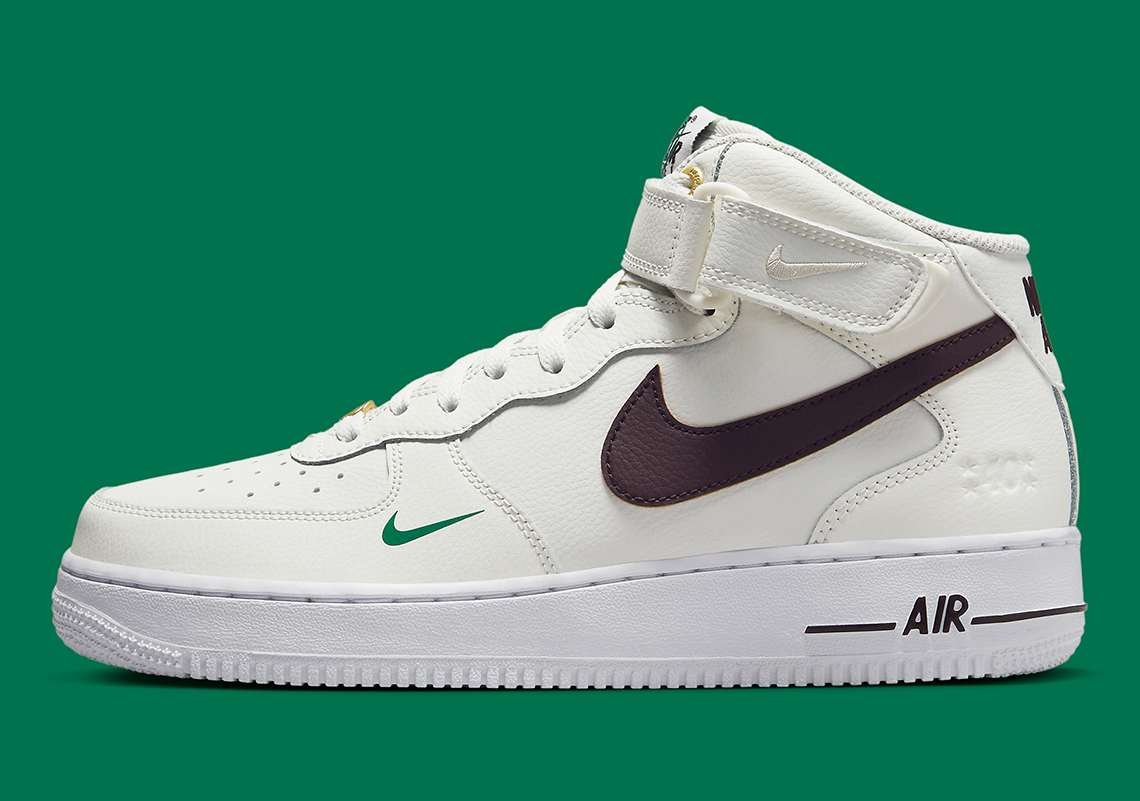 Nike has spared no expense for the Air Force 1’s 40th Anniversary, crafting not only collaborative efforts but also a drove of inline releases. And amongst the latter — which has spanned revivals of past classics to unique, reconstructed styles — the Swoosh has delivered several pairs that overtly commemorate the last four decades. This newly-revealed Air Force 1 Mid is both one of the pack’s latest and its first-ever mid-top offering.

In the way of design, this pair is not quite what you’d expect of a tangible homage to one of the most iconic sneakers of all-time. From its predominantly white-dressed base to its minimal branding, the shoe prefers to remain understated. Even the debossed 40th Anniversary stamp on the heel is low profile, opting for a color-less, debossed execution. The “1” marking on the tongue and “82” engraved dubrae, however, are much more spirited, standing out in their bright green and gold finish, respectively. Finally, shades of brown round out the overall colorway by way of the logos and Swooshes adjacent.

For a closer look at this upcoming Air Force 1 Mid, peep the official images down below. Though no release date has been reported just yet, it’s likely we’ll see sizes on Nike.com and select retailers relatively soon.

In other news, the drawing for the Crocs Pollex Clog Tide is going live later today.