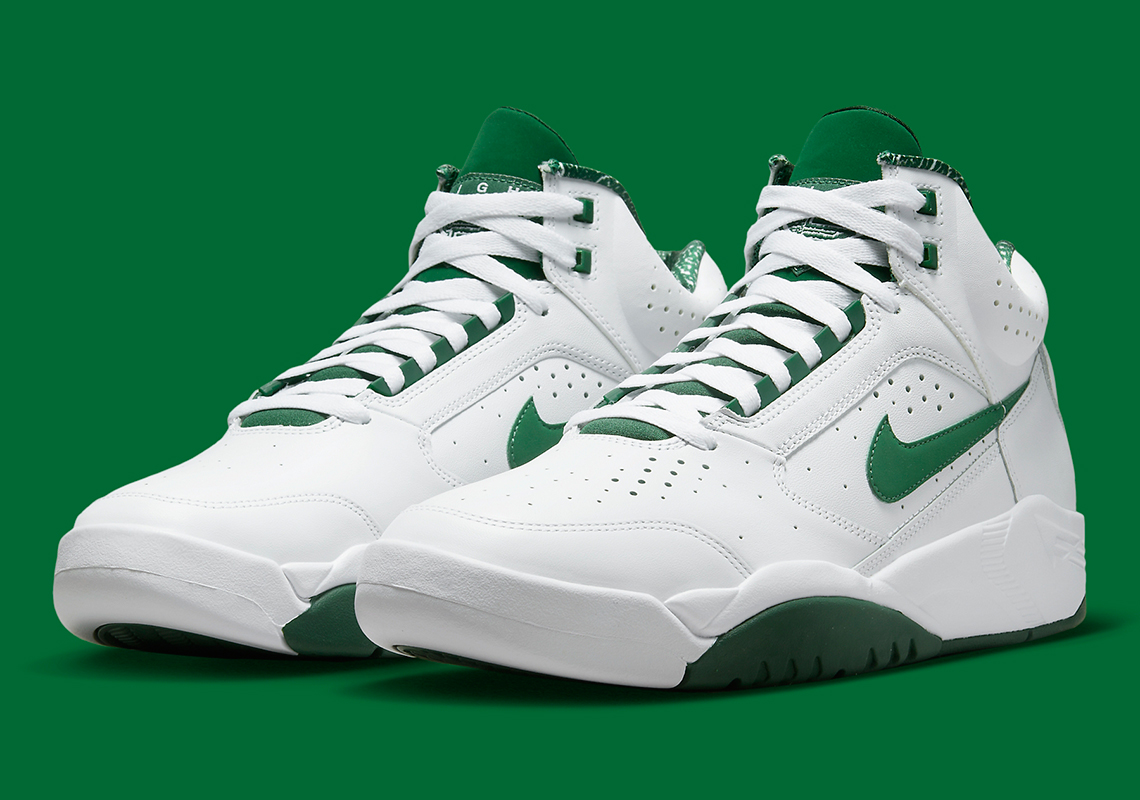 Old heads have received the news of the Air Flight Lite re-issue with positivity, largely due to Nike’s decision to explore the lesser-known, non-signature basketball models of the 1990s. With OG colorways already confirmed to return, Nike is adding a team-based spin on the most remembered version that features a static-like pattern on the interior.

Now arriving in an all-white leather upper straight from the early 1990s, Nike adds a pine green hue on the Swoosh, tongue, eyelets, and the patterned interior lining. The outsole joins in with solid rubber as well, completing a throwback appeal that has yet to wane in its popularity and demand.

This Air Flight Lite is arriving on Nike.com and partnering retailers soon for $120.

Interested in more 90s basketball? Check out the latest known colorways of the Zoom Flight 95.