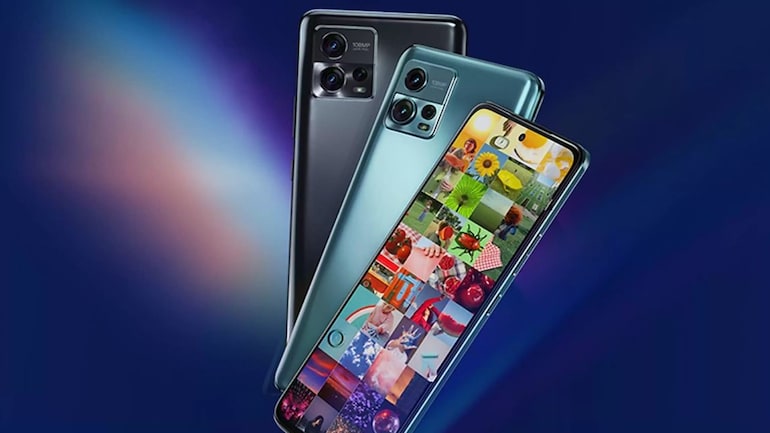 In a few days, Motorola will uncover a new smartphone. With the low-end positioning, the Motor G72 is set to hit the market on October 3. Recently, the phone managed to appear in renders. Today, the manufacturer provided more photos of the handset and also disclosed many selling points of the device. You might think this is an entry-level smartphone, but nothing is interesting. But actually, the Motorola G72 has many surprises. Keep on reading to understand what we are talking about.

The phone has appeared on Flipkart. Its listing shows off the key features and design of the upcoming Moto G72. The latter is powered by the MediaTek Helio G99 chip and comes with 6GB of RAM and 128GB of storage. We understand that the processor is from the low-end category. But the rest of the features are from a higher category.

Look, our protagonist sports an OLED screen. This 10bit display supports a 120Hz refresh rate and a 576Hz touch sampling rate. Lastly, it supports HDR10 and 1300 nits of maximum brightness.

Another selling point of this smartphone should be considered the built-in 5000mAh battery, which supports 33W charging. You might think the latter is not sufficient. But we want to remind you that the current Samsung Galaxy S22 supports only 25W charging. So in comparison to the Samsung flagship, it’s a fast-charging handset.

There are a few other features that we’d like to talk about. For instance, the Moto G72 has a screen fingerprint recognition; the main rear camera includes ultra-wide and macro lenses besides the primary sensor; the Moto G72 features Dolby Atmos-enabled stereo speakers and runs Android 12 pre-installed.

Finally, the phone has an IP52 rating for water and dust resistance, and it is available in two colors: Meteorite and Polar Blue.