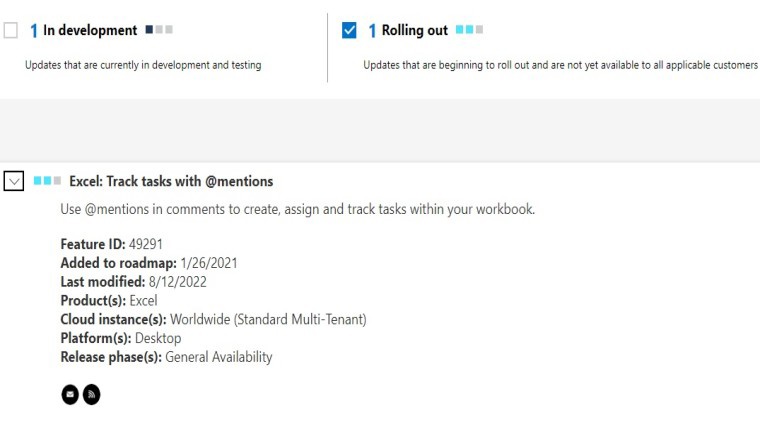 IT House August 18 news, Microsoft has confirmed that it will launch the “@mentions” mention function for its spreadsheet software Excel. Microsoft Excel users will soon be able to tag colleagues or team members.

In the official Microsoft 365 roadmap entry, Microsoft states that @mentions can be used to “create, assign, and track tasks in workbooks.”This entry indicates that the general availability (GA) date for the feature is October 2022. However, the feature has been added to the “roll out” cycle. This means that some users of updated Office suites may already be able to use the feature to tag people.

It’s important to note that this feature is currently only available in the desktop version of Excel. However, the feature will roll out to users worldwide.

IT House has learned that as early as January 2021, Microsoft decided to develop the ability to mark people in Excel. It’s unclear why it took the company a year and a half to build and deploy the feature. Microsoft Office rival Google Workspace has long had an @mentions feature that allows users to tag their colleagues or members, whether inside or outside their organization.

Tesla responds to “Legal chief resignation”: did not leave the company domeet webmaster