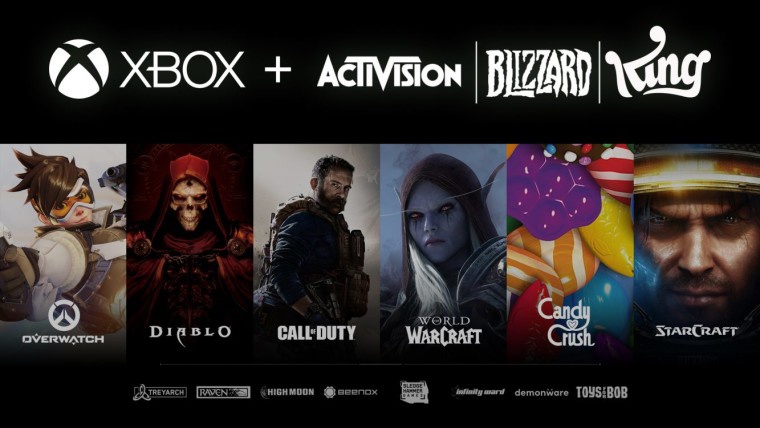 Beijing time on the morning of September 23, according to reports, Microsoft CEO Satya Nadella (Satya Nadella) said that although the company’s $69 billion acquisition of Activision Blizzard is facing in-depth investigations by regulators in the UK, He is confident that the deal will eventually be approved by regulators.

“Of course, any deal of this size would face scrutiny, but we’re confident that it will be approved,” Nadella said in an interview with the media.

Nadella’s prediction contrasts sharply with investor skepticism about the deal. Although Activision shares rose on Thursday and outperformed tech stocks that tumbled on the day, at Wednesday’s closing price of $75.32, the stock was still more than 20% below Microsoft’s offer — enough to indicate a high degree of skepticism about Microsoft. whether the transaction can be completed.

Nadella said Microsoft is the No. 4 or No. 5 company in the overall video game industry, depending on the source of the data. And No. 1 Sony has recently made a number of acquisitions. “If it’s about competition, let’s compete,” he said.

Britain’s Competition and Markets Authority (CMA) said earlier this month that they planned to launch a longer assessment. In fact, the market had anticipated this outcome when the CMA was concerned that the deal could sap competition in the console, subscription and cloud computing markets. Activision, which owns big-name games such as “Call of Duty”, “World of Warcraft” and “Guitar Hero”, will become the third largest game company in the world after the company merges with Microsoft.

It was reported earlier this year that Microsoft had slowed hiring and canceled many hiring plans, including its Azure cloud computing business and security software divisions, as well as its Windows and Office divisions. Nadella said that Microsoft has added about 70,000 employees during the epidemic and will continue to expand in some areas in the future.

“We will be more cautious,” he said.

Microsoft will “adopt the same model and do more with less,” Nadella said. “We have a lot of businesses that are doing well and can continue to grow, but we’re also looking at the macroeconomic situation.”

As Microsoft continues to scale and become more efficient, he said, “we can handle these conditions.”

Suspected of circumventing Apple’s privacy regulations, and being exposed to track users across websites: Meta faces a class action lawsuit

Don’t be envious of Apple’s iPhone 14 Pro, the Android “Smart Island” App has been launched on the Google Play Store