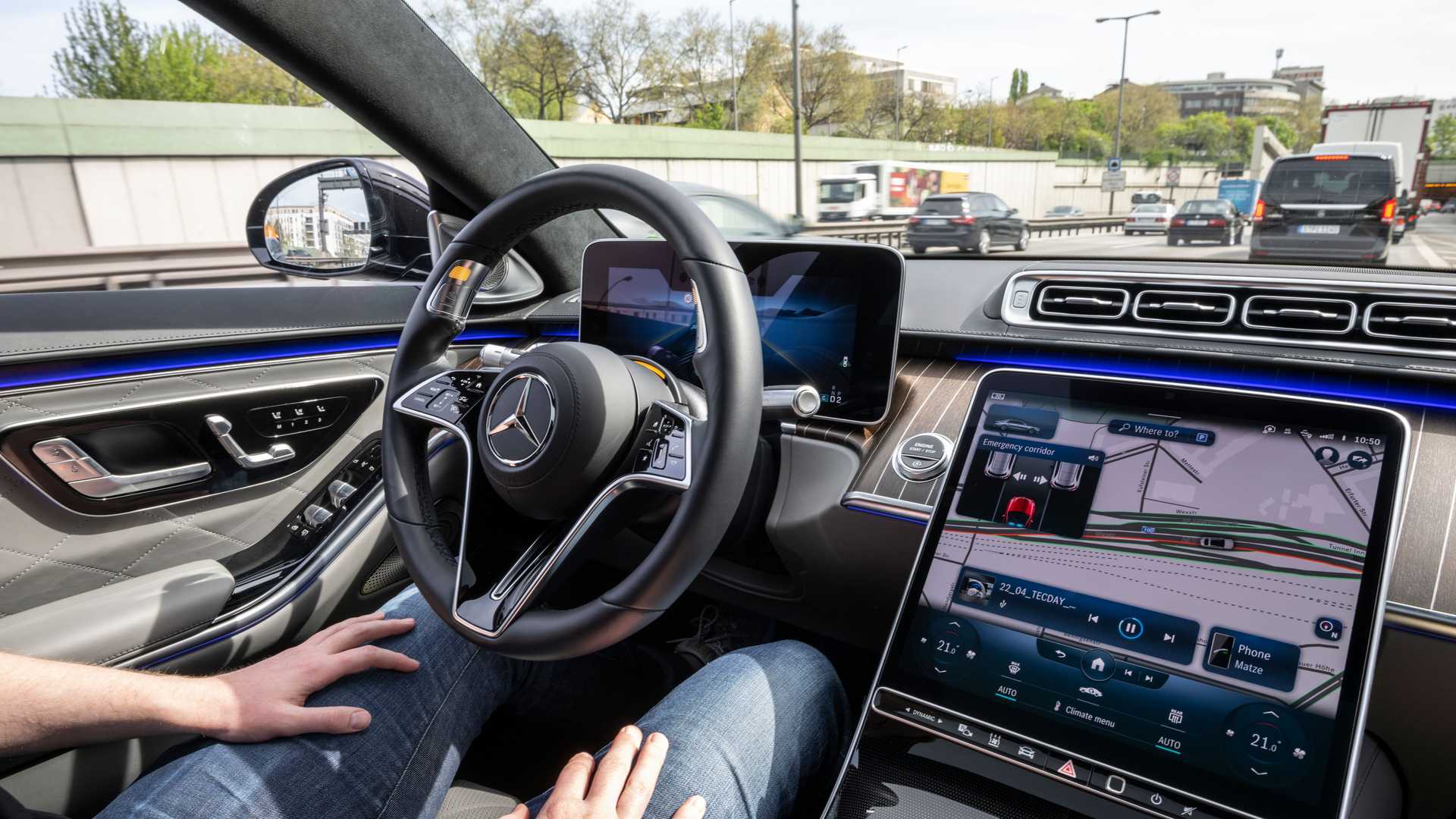 Technology was a big focus for Mercedes-Benz at this year’s CES. Earlier today, the automaker announced it would invest $1 billion into a North American charging network, but that wasn’t its only news. Starting this year, Mercedes will be able to offer Level 3 conditionally automated driving in Nevada.

The state’s Department of Motor Vehicles approved Mercedes’ application to launch the technology, with the state expected to issue the license within the next two weeks. This will make Mercedes the first automaker to offer a Level 3 system in the US. The company also applied for certification in California, and it’s optimistic it’ll receive the approval.The automaker launched its Level 3 system in Germany earlier this year.

The company will also introduce Level 2 Advanced technology to its 2024 cars. It will come on all vehicles with Level 2 driver assistance, and offer automatic lane changes and interstate junctions with its hands-on driver feature. The car will automatically search for a lane opening when approaching slower traffic.

The event also saw Mercedes preview what comes next with autonomous cars. The automaker said it would bring its Zync partnership to North America, which puts in-car content streaming onto a single platform. The tech will allow passengers to stream content to their screens while traveling, and all occupants will be able to enjoy the entertainment options when the car is parked.

Automakers have been pushing for more in-car entertainment options as they fill their cabins with more and more screens. BMW announced earlier this year that it would bring gaming to its curved display and iDrive 8 infotainment software. Yesterday, Nvidia announced that it would bring its cloud gaming capabilities to Hyundai, Kia, Polestar, Volvo, and BYD models. Tesla has offered in-car gaming for a while, recently adding access to the Steam platform.

The iconic bobbling dachshund that has been the staple of car dashboards and rear windows for decades is getting a makeover from Mercedes. The automaker partnered with Superplastic, the entertainment brand, to digitize Wackeldackel, turning the nodding dog into the Superdackel.

The company’s partnership with Superplastic will be its most visible announcement, as Superdackel will be featured across social media starting today. Mercedes also brought an 8.2-foot Superdackel statue to CES. The character appears alongside other Superplastic characters in the short animated film embedded below.

The German automaker also reiterated its multi-pronged partnership with Apple Music, Universal Music Group, and Dolby Laboratories to bring Apple’s Spatial Audio to its cars. The company first announced it in October. Mercedes vehicles will be the first non-Apple devices to support the technology natively. Mercedes will achieve this by integrating Dolby Atmos into its optional Burmester 4D and 3D sound systems.

Hyundai Shows Off Ioniq 5 Robotaxi For Las Vegas In 2023