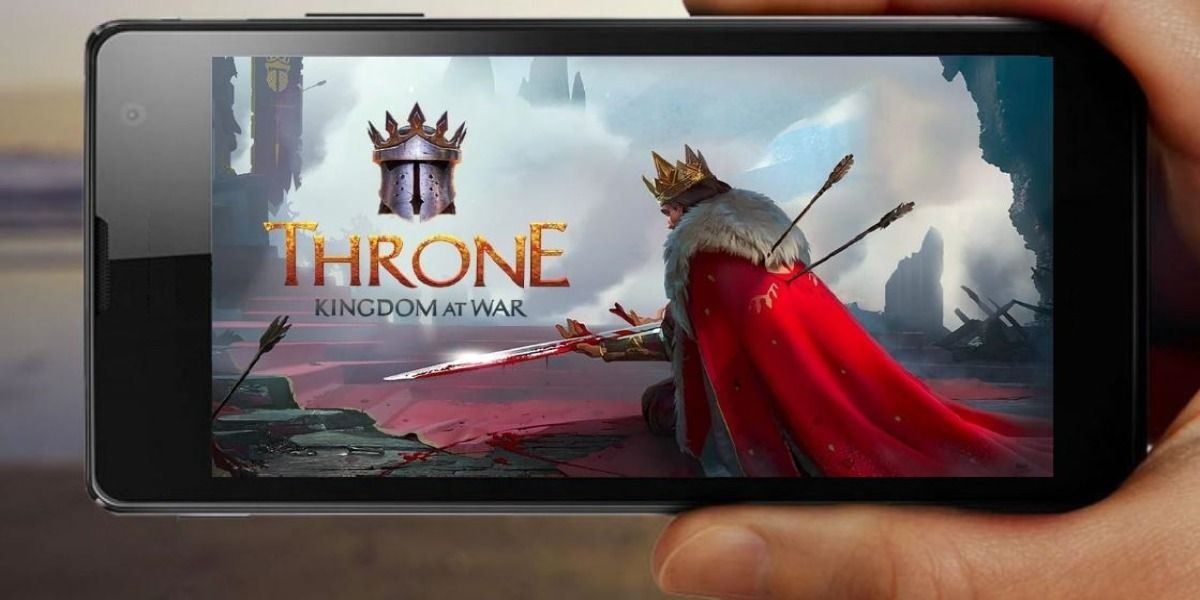 The medieval period is often used as a setting for fictional plots. Its elements are considered in the development of historical games, based on the time when great castles were built, crusades were held and peasants lived together with inquisitors. These games contain images of knights with heavy armor and huge swords.

If you like legendary wars and overcoming trials to conquer kingdoms, you’ve come to the right place. Here you will find a list with the 10 best medieval games on Android, available on Google Play. This selection includes action games, global strategies, realistic simulations and much more.

We start the list with Eternium, a game where you can discover four fantasy worlds, choosing any of these three characters: mage, warrior or bounty hunter. In addition, each hero has his own special weapon to defeat the enemy.

During the game, you will have access to numerous legendary weapons and armorsuch as swords, axes, and shields. You will also be able to defeat the dragons, demons and other creatures that you will face to protect the castle.

It is an original action game from Gameloft, set in exciting knight tournaments. Imagine yourself dressed in heavy armor, riding your trusty steed, trying to blow your rivals out of the saddle and winning applause from the audience. To achieve this, you will need a lot of skill and good precision.

Rival Knights, is designed for a single player, who represents the character of an unknown knight who wishes to become a legend. During the adventure, you will find more than 120 items, which you can choose and use in battles. Prove your bravery in PvP duels right now!

Kingdoms of Camelot: Battle for the North

Kingdoms of Camelot: Battle for the North It’s a real-time strategy game.. In this online multiplayer, the participants will have to build an empire, create great alliances and defeat all the enemies to conquer the kingdom.

Train a massive army of brave knights, creating elite troops and heavy cavalry, to fight for glory. In Kingdoms of Camelot, you will have the opportunity to enjoy the life of a mighty ruler, fight legendary wars and expand your own kingdom.

Kingdom Rush takes you into an environment based on medieval fantasy. In this game you will be able to create towers of different types and prepare a defense with wizards, archers and gunners, to fight the hordes of monsters. After completing each level, you will earn 3 stars and have access to new in-game modes such as Heroic Challenge and Iron Challenge.

Money is very important in the game and you can use it to upgrade your towers and increase your defense. But don’t worry, earn some extra money by selling some of your built towers. Kingdom Rush is one of the best medieval games to test your strategy.

If you have played the classic Total War, then Throne: Kingdom at War is going to enchant you. Currently, It is considered one of the best medieval Android games. During the game, you will have to overcome unique quests and daily tasks to earn rewards.

Your objective is to participate in a war in real time, planning the best strategy. To do this, you must build a castle, train armies, conquer lands and secure valuable resources. As you level up, you can turn your city into a well-defended fortresswith an invincible army.

Lords & Knights is an online strategy game, set in the Middle Ages. In it you will have to build a powerful empire and fight for the domain of new territories, conquering castles. As the game progresses, you can expand and transform your kingdom.

If you want to be victorious, it will be necessary for you to make powerful alliances, build a strong army and prepare battle strategies that allow you to attack enemy castles to conquer the throne. Use the correct tactics and become a brave knight!

Would you like to rule in the Middle Ages? With Stronghold Kingdoms you can do this and much more. This cross-platform game takes place in a magical world full of political fights, where you will have the opportunity to create a great empire along with friends and strangers.

in this adventure you can build great castles and fortresses, fight wars, make alliances with other players and become a mighty warrior. If you are a fan of medieval games, then Stronghold Kingdoms is the one for you.

Age of Lords Legends & Rebels, is an online game that will give you the opportunity to develop strategies to conquer the royal throne. In addition, it will allow you to fight with players from all over the world and defeat them using your personal army.

Become the king of your own virtual world, playing Age of Lords Legends & Rebels. Build great and mighty castles, explore lands, mine resources, train numerous armies, forge alliances, fight against enemies and attempts to achieve power through force and diplomacy.

Get ready to enjoy Lords Mobile, a RPG and Strategy which is full of heroes and warriors battling for power. Start building your own kingdom from the ground up and build the best castles for your defense.

East medieval and fantasy world is in search of an emperor, one who can unite the different kingdoms, dare and become the true sovereign! In Lords Mobile you will find a large selection of legendary heroes, including curious elves, mermaids, dwarves and robots.

Join millions of players in an epic battle to save humanity, in the exciting Iron Blade game. Immerse yourself in a legendary story full of wars, magic and monsters. In this medieval story you will have to have a lot of courage to become a hero.

This game could not miss the construction of castles, fights and attacks between the characters to obtain power. With Iron Blade, you will have to defeat demonic forces and overcome many obstacles, which will allow you to restore order and peace on earth.

Medieval games are great classics and have a large number of fans. These have an original style and their special effects on Android devices are getting better and better. Choose the one you like the most and play it now!

Slot machines: everything you need to know about it