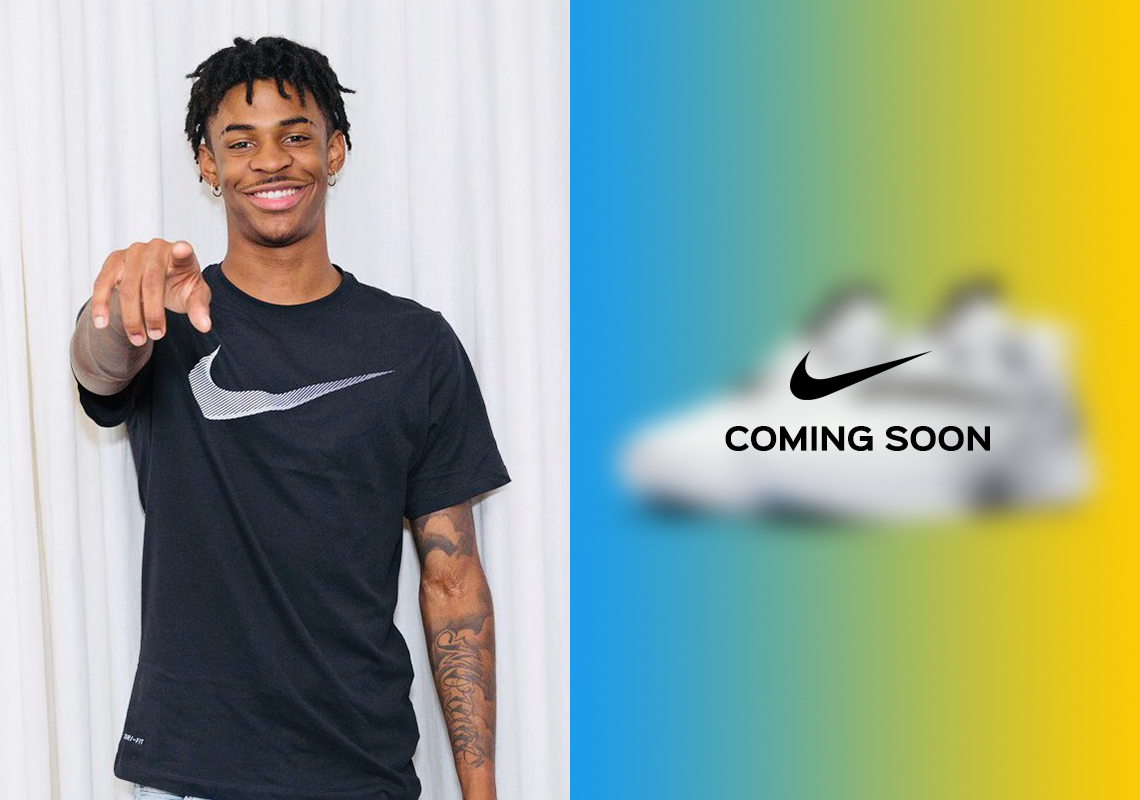 Ja Morant is a bonafide superstar. The reigning Most Improved Player’s otherworldly athleticism and jaw-dropping displays of basketball excellence coupled with his suave yet expressive mentality on the court has proffered one of the largest followings amidst young NBA stars. As such, receiving his own signature silhouette with The Swoosh was only a matter of time and according to NBA Insider Shams Charania, the latter is expected to come to fruition in the near future.

According to Charania, both Morant and the Beaverton-based brand have been working over the past few months toward delving out the beginnings of the 2022 All-Star’s signature line. Morant, who has been known to take full advantage of the brand’s heritage filled archives – most notably dawning the Nike Zoom KD IV and the Nike Kobe 6 – has been a member of The Swoosh family since his endorsement was announced on May 27th, 2019.

Falling in line with the brand’s timeline of gifting the next generations great’s with their own signature line after their first few seasons in the League, Morant will become the fifth active player to boast his own Nike sneaker on the court – the youngest amongst the brand’s current roster of LeBron James, Kevin Durant, Paul George and Giannis Antetokounmpo.

For more signature offerings from underneath the NIKE Inc. umbrella, check out the latest news regarding the Nike LeBron 20.

Memphis Grizzlies All-NBA star Ja Morant is in line to receive a new signature shoe at Nike in the near future, industry sources tell @TheAthletic @Stadium. The parties have been working on this for several months. https://t.co/RzKf9JEIf1