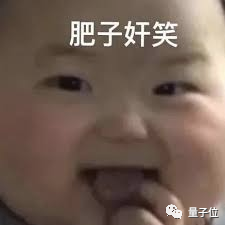 What? Can you lose weight while sitting? ? ?

With such a good thing, the office animals will take off in minutes!

Recently, iScience, a subsidiary of Cell, published such a research conclusion.

The researchers said in a review that if you activate a muscle in the calf,Even sitting can double the rate of carbohydrate and lipid metabolism in the body ——

So, what exactly is this amazing muscle? How did the researchers verify it?

Can you lose weight by shaking your legs? ? ?

The research team pointed out that the soleus muscle on the back of the human calf, which extends from the knee to the heel, looks like a soleus, although it only accounts for 1% of the body weight, but——

After activation, the metabolism can be greatly improved.

To test this claim, they invited 25 volunteers, aged 22-82, with different gender, BMI, number of steps per day, and especially sedentary time per day, ranging from 6-13.9 hours.

The researchers tried activating their soleus muscle, using a wearable device to measure their metabolic and hormonal levels before and after activation.

As for how to activate? To put it simply, when sitting, the soles of the front feet do not move, the back feet of the feet are raised as high as possible and then lowered, and the soleus muscle contracts and activates the tissue—

Having said that, it seems that shaking your legs can help you lose weight (bushi)…

Back to the real experiment.

The researchers first observed the metabolism of the volunteers. The participants had to sit still for 7-8 hours a day, during which time, a total of 270 minutes of SPU contraction was performed, and the rest interval did not exceed 4 minutes——

The results showed that the metabolic equivalent of the same muscle unit time of the volunteers in the SPU group was around 2.03, while that in the control group was around 0.92. Through SPU, the increase in energy consumption was between 115% and 133%.

In terms of muscle glycogen concentration, after 270 minutes of SPU contraction, the value of the volunteer soleus muscle was around 68mmol/kg, and the control group was around 90mmol/kg——

The faster metabolism of muscle glycogen further supports the effect of SPU.

This means that SPU contractions speed up blood sugar metabolism.

Then, the researchers also compared the lipid metabolism data in the volunteers-

VLDL-triglyceride levels in activated tissues were also significantly lower than in the unactivated state.

In addition, the research team also compared the metabolic status of walking, running and SPU.

It is worth mentioning that,SPUs are also effective in different populations.

Regardless of gender, age, height-to-weight (especially obese) ratios, or for long-term sedentary volunteers with inconsistent daily steps, SPU has little difference in the effect of changing blood sugar metabolism.

However, after being activated, it will produce a local high level of metabolism, and it will not make people feel fatigued for several hours. Even for volunteers with sub-healthy body, the improvement effect is still good.

Of course, the authors mention the limitations of this study.

For example, the study was conducted in a highly controlled experimental setting and has not yet tested the effect of the intervention in a daily free-living state.

For another example, the metabolic effects and physical responses of volunteers after long-term SPU contraction have not been determined. They said that they will continue to study the above issues in depth in the future.

Finally, the researchers are introduced.

The first author is Mark Hamilton, from the University of Houston, Texas, who has previously published a number of studies on blood glucose metabolism, sedentary and diabetes.

The second is Deborah Hamilton, also from the University of Houston.

Li Auto lowers its delivery forecast: it expects to deliver about 25,500 vehicles in the third quarter – yqqlm