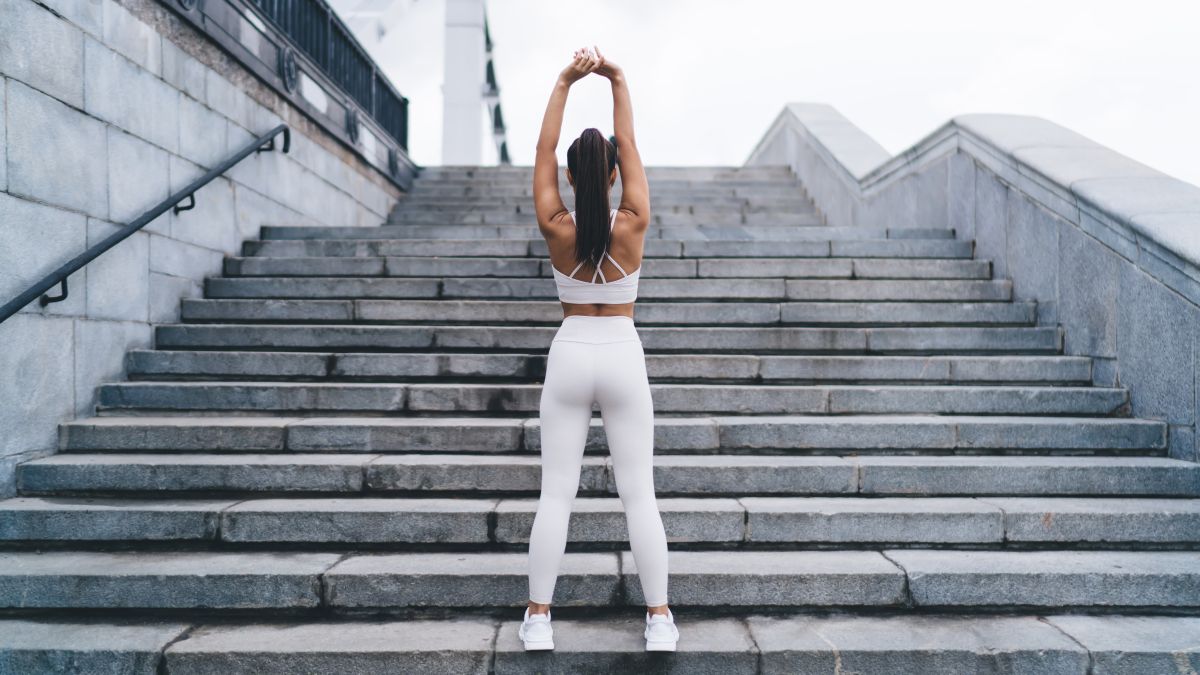 Imagine my chagrin when less than three months before my Peruvian trek, I found out from seasoned Inca Trail hikers that the most arduous part of the four-day journey is climbing those massive cobblestone staircases that make up a huge chunk of the trail and that they wished they focused on stair training before their very first hike.

Being a Los Angeleno, I’ve been an experienced hiker for years. We’re a city of hikers, after all. It’s what we do here. I’ve hiked the surrounding mountain ranges in Southern California, the Sierra Nevada up north, the tall sand dunes in the Mojave Desert, and the Northern and Southern Coast ranges along the California coast.

But, stairs?! More specifically, several miles of them and at above 9,000 feet elevation… well, they’re a different matter entirely and something I knew I wasn’t prepared for. At least with hiking, you get some respite in areas where the trail flattens out. Climbing stairs for miles means it’s a perpetual uphill. This is what happens when you commit to something before doing your actual research!

With less than two months to prepare, no gym memberships under my name, and no budget to spend on my own step machine – all in an attempt to workout cheaper, I scrambled to find another way to train. Luckily, being a city of hills, Los Angeles has 450 or more staircases peppering its neighborhoods, and one of them just happen to be a quick 10-minute climb up the hill from my apartment.

So I slapped my smartwatch on the wrist, put on my favorite pair of workout headphones, put Kate Bush’s ‘Running Up That Hill’ on blast and on repeat, and stair-trained I did. Every day, for thirty days, I climbed this 244-step hidden staircase, doing three sets (of the whole thing) first then increasing to five sets. That meant that I was climbing a modest total of 1,220 steps up (plus walking 1,220 steps down) every day by the end of my first week.

Here’s what that did to my body.

My glutes and quads are rock-hard

Not literally, obviously. However, I did develop stronger quad muscles that I didn’t even know I had, despite all the hiking I’ve done and my usual lunge and squat workouts. That, in turn, helped to improve my lower body strength and make me a stronger hiker, which was my intended purpose in the first place.

All that stair training also yielded an unintended yet very much welcome consequence – my butt is shapelier than it has ever been. Stair-climbing is known to tone your glutes (opens in new tab), which is exactly what happened to mine. And, it did it in a shorter amount of time than when I was just doing my glutes workout on the mat.

My core is stronger than ever

Women’s Health (opens in new tab) reports that a stair workout “engages your core muscles like crazy,” and I can certainly attest to this claim, based on my experience. Because I was not just going uphill, but also needed to stabilize myself so I didn’t stumble back down, my core was hard at work, even though it didn’t feel like I was engaging them.

And, because I was toning my core muscles, it was also helping me burn all that belly fat I accumulated during the pandemic. Climbing stairs in general is a great way to lose weight, which I’ll get to later, but the fact that it’s strengthening your core can definitely make a noticeable impact on that muffin top.

I have a healthier heart

A study (opens in new tab) published on the National Library of Medicine states regular stair climbing “has been shown to positively enhance an important component of health-related fitness, namely cardiorespiratory fitness.” A similar study (opens in new tab) has also found that home-based climbing can result in “improvements in all serum lipids and body composition, as well as reductions in fasting glucose.”

To be clear, I didn’t consult a medical professional before and after my 30-day stair training to determine my cardiovascular health. What I can say is that when I started my journey, it was a little tough. I was tracking my activity via my Apple Watch’s Stairs workout, and during my first week, it showed that my heart rate was hitting 75bpm near the top of the staircase. I was also logging an average of 25 minutes to complete three sets because I was slower and needed to rest between sets to slow my heart rate down.

By my third and fourth weeks, my climbing heart rate hovered around 62bpm to 66bpm, per my smartwatch. I was also climbing a lot faster and no longer needed breaks in between sets, so I was logging an average of 20 minutes to complete five sets!

Climbing stairs is no joking matter. A stair workout offers a surprising wealth of benefits, but for a lot of us, climbing even just three flights of stairs can get us winded. But, as a “low-impact” workout, it’s actually kinder to your body — more specifically, your knees, legs, and ankles — than, say, running.

In fact, I have found that my knees, shins, and ankles, which do tend to hurt sometimes when I go on a run, weren’t in pain during my 30-day stint on those steps. That also has a lot to do with the fact that my stronger quad muscles are helping protect my knees.

I lost a lot of weight in all the right places

According to the American Council on Exercise (opens in new tab) calorie calculator, a 120-pound person can burn more or less 215 calories when doing a 30-minute stair climbing workout. Losing those extra pounds wasn’t my priority so I wasn’t exactly counting calories during my 30-day stairs training. However, I did see a huge difference in my body.

Besides losing my extra belly fat and getting a shapelier bum, my arms got thinner, my legs leaner, and my face much more defined. I also felt a lot lighter, which in turn made me feel good. And, because I was expending all that extra energy I typically have, I was also sleeping better, which helped my overall health.