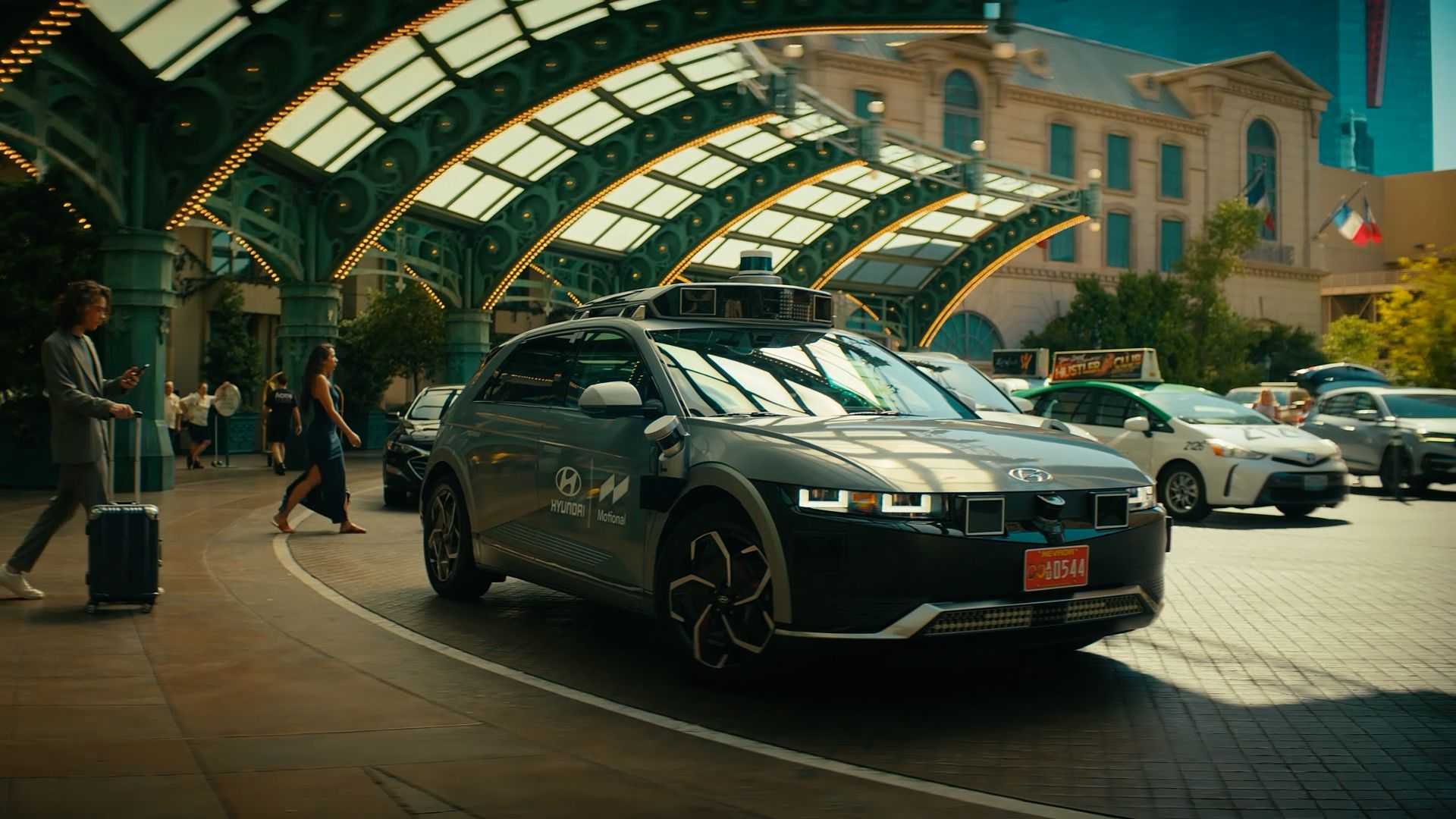 The CES event for 2023 kicks off on January 5, and lots of automakers are in attendance. Ahead of the event officially starting, Hyundai highlights the Ioniq 5 robotaxi that it plans to have operational in Las Vegas in late 2023.

The video (embedded above) shows why the Ioniq 5 robotaxi is launching in Vegas first. The city has complicated rush hour traffic patterns where cars are darting in and out of lanes on the Strip. Plus, there are lots of oddly shaped vehicles like stretch limousines and billboard trucks.

Picking up and dropping off riders at casinos is another challenge. There are lots of vehicles jockeying to get into a limited space. These Ioniq 5 robotaxis have to maneuver into these areas without hitting anything or anyone.

Pedestrians can also be difficult to sense in Vegas because people can be wearing costumes as street performers. The robotaxis have to identify and avoid them.

The Ioniq 5 robotaxis have Level 4 autonomous functionality. This means the vehicle can drive itself, but there are still physical controls that a motorist can operate. The car carries more than 30 sensors and the computing power to interrupt all of the data.

The company Motional, a joint venture between Hyundai Motor Group and Aptiv, will operate the autonomous Ioniq 5 vehicles carrying people around the city. Uber will also be part of the project by being the platform for people to hail these vehicles.

After launching in Vegas, Motional plans to launch the Ioniq 5 robotaxis in Los Angeles. Then, the service would roll out to other cities.

Several automakers are interested offers robotaxis. For example, General Motors’ Cruise received authorization to operate such a service in San Francisco last year. Waymo has been running them, including developing an autonomous van from the Chinese brand Zeekr. Volkswagen has been evaluating a self-driving version of the Buzz. Tesla announced plans to offer such a servicetoo.

Mercedes To Bring Level 3 Autonomous Tech, Video Streaming To US