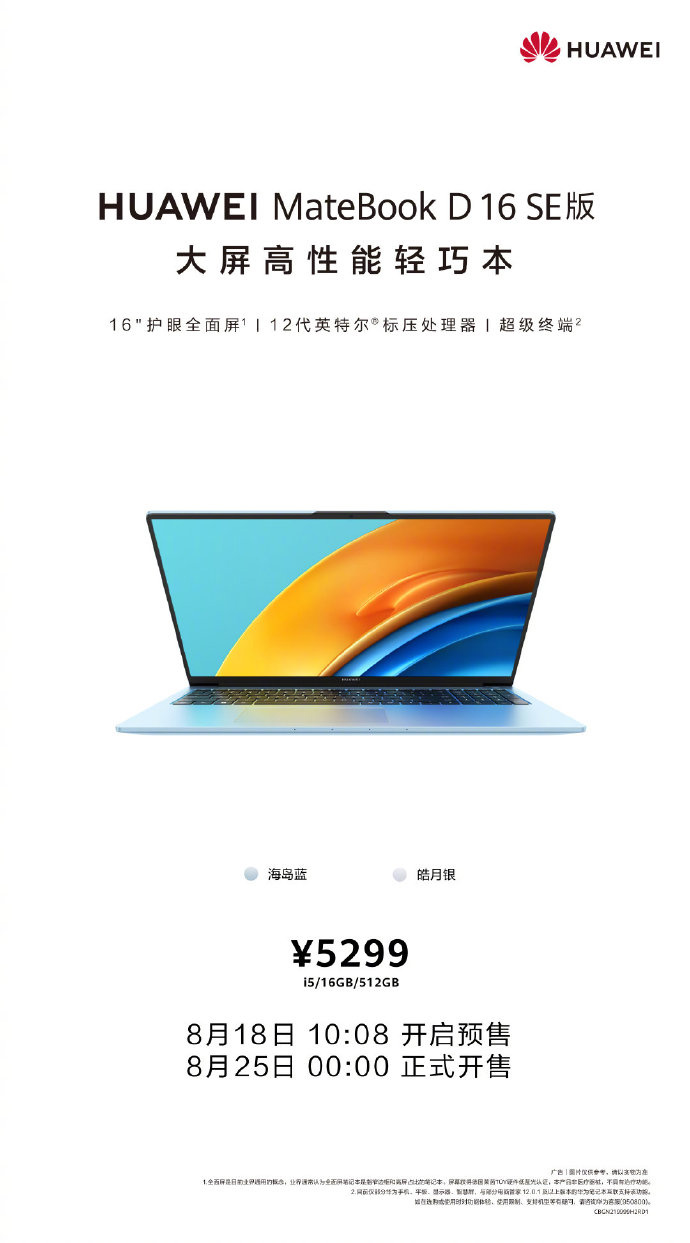 Huawei MateBook D 16 SE is available in Haoyue Silver and Island Blue. There is only one storage specification of 16GB+512GB to choose from. The price is 5299 yuan. .

Huawei MateBook D 16 SE adopts a 1080P wide-angle camera, which supports a wide viewing angle of 88°, which is convenient for users to conduct video conferences.

In terms of software, Huawei MateBook D 16 SE supports HyperTerminal, which can be connected with one click, screen-to-screen collaboration, and cross-terminal file transfer, cross-terminal search, and wireless screen projection between different devices. In addition, devices such as headphones and speakers can be found close to the computer to complete a quick connection.

IT House learned that Huawei MateBook D 16 SE uses a metal body, weighs 1.7kg, and supports fingerprint recognition of the power button. The pre-sale price on JD.com is 4,999 yuan, with a limited-time discount of 300 yuan.

It is reported that TSMC’s 3nm process will be mass-produced in September, and the initial yield rate is better than 5nm