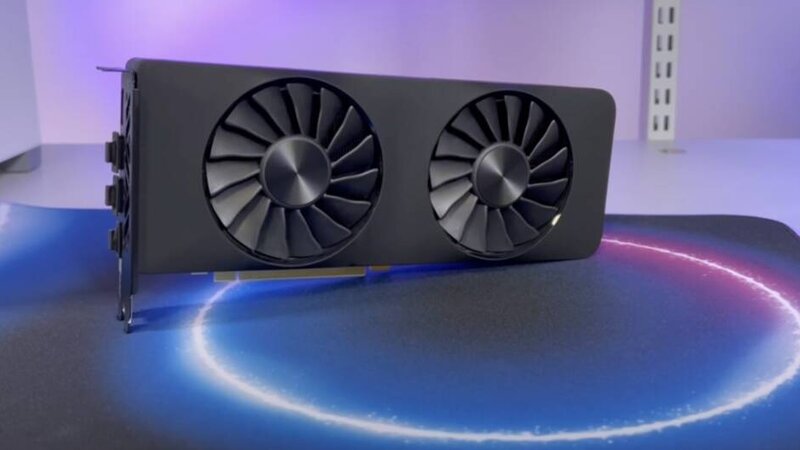 Intel recently released a new video showing its dedicated desktop graphics card in action Arc A750also defining it superior to the GeForce RTX 3060 from NVIDIA. In the movie, Ryan Shoutmarketing manager, e Tom Petersen define the product as “the number two“Of the Arc Alchemist line up, stating that it will have”an incredible price / performance ratio“. The card has been tested with various titles, such as F1 2021, Cyberpunk 2027, Control And Fortnitewhich apparently performed better than the NVIDIA competitor.

Specifically, Control ran with predominantly high settings with a frame rate above 60fps at 1,440p resolution. The card, as also stated by Petersen himself, provides “a kind of experience expected from a high-performance GPU“. In addition, the developers are working to optimize their titles for Intel’s Arc architecture by providing up to 17% more fps. Obviously, we are still at the beginning and both Intel and the various software houses still have a long way to go in terms of drivers and optimizations to make the most and take advantage of every single transistor of Arc Alchemist graphics cards. Surely, from this point of view, AMD and NVIDIA are quite ahead and can count on decades of collaborations.

A few days ago, we told you that, after months of waiting, Intel’s Arc Alchemist GPUs finally have a possible launch period for the rest of the world markets. The information comes from a report shared by Igor’s Lab, according to which the launch should take place between August 5 and September 29. In case you are interested, you will find all the information relating to the topic in our previous dedicated article.

Apple has asked suppliers not to use the ‘Made in Taiwan’ label on products arriving from the country and to comply with China’s customs rules that read ‘Chinese Taipei’ after Pelosi’s visit.