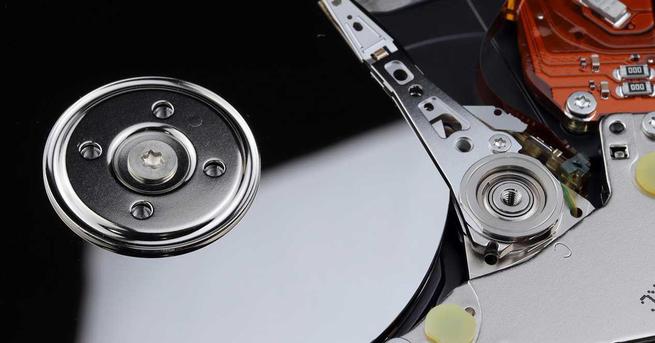 As with many other components that are part of our computer, disk drives are key elements that we must take care of. Next, we are going to talk about the possibility of partition hard drives or SSDssince many consider that this is something somewhat dangerous for their integrity.

However, it is also true that there are many myths regarding these issues, since it is not as dangerous as we think to partition a hard drive or a SSD. It is for all this that we are going to talk about the situations in which we could create partitions on both devices, or those in which it is not recommended.

Pros and cons of partitioning a hard drive

This type of task related to partitions in the mechanical HDD hard drivesWe have been doing them for years. These storage components have been with us for decades and we have already become accustomed to their use. As many of you may already know, there are several situations in which it is recommended to do this. Among the most common we find the possibility of keeping the separate operating system files of our personal information, or to maintain the Backups own on another separate partition.

Furthermore, many of those who care for their security They opt for these elements on hard drives for security reasons. This way we can keep our most sensitive data in a section, in addition to being able to organize all those files and folders much better. Another very common use of partitions on a HDD is to install multiple systems operating systems on the same PC or if we need to use more than one FAT32 or exFAT file system.

On the other hand, one of the biggest drawbacks we find when creating partitions on a hard drive is organization. Creating four or five sections of these characteristics on the same disc usually generates chaos. In addition, on many occasions these partitions give us a false sense of security. Another drawback that we can find here is that little by little let’s lose space or we waste it by creating and deleting these partitions that we are talking about.

When to partition an SSD

SSD drives offer us a much smoother performance and they are the ones that mount the most current computers. while many consider partitioning an SSD to be dangerous, we can safely say that it is not. In fact, that is something that we can carry out in some circumstances that we will mention to you now. A clear example of partitioning an SSD can be given if we need to create a dual boot on the computer.

It will also be very useful, as in the previous case, to better organize our data and applications or to store backups. Of course, creating more than one partition on a unit with these characteristics does not usually make much sense, that is something that we must take into account.

But we are also going to find some drawbacks in this regard. Be aware that a partition on an SSD can lead to user errors, such as loss of backups or difficulty finding files. Also, in this case, if the space allocated to a partition is in the required amount, some of that space may be lost. At the same time, we must bear in mind that these units are generally much smaller than HDDs, so dividing them into several partitions will not always make much sense.

Get the most out of Microsoft Edge with these sports extensions

If you use Kodi, these Chrome extensions will be essential for you