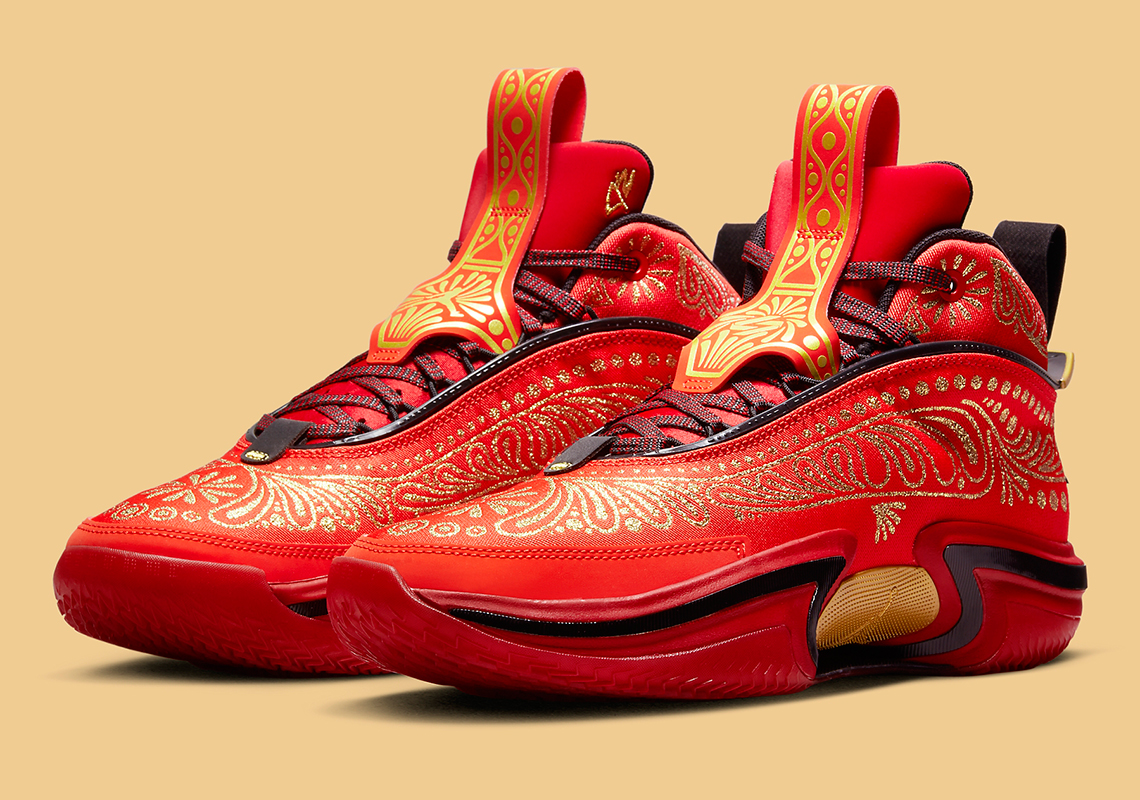 Once Luka Dončić burst onto the scene, he quickly gained a new moniker graced upon him by a Dallas Mavericks staff member. That would be “El Matador”, a nod to his time at Real Madrid and alluding to his style of offense in which he can bait defenders into precarious positions for easy buckets.

This upcoming Air Jordan 36 addresses the El Matador moniker, dressing the high-top basketball model in the bold and alluring red upper covered by a tapestry of gold similar to the flashy traje de luces costumes worn by the spaniard bullfighters. Unlike the standard Air Jordan 36 releases with the Leno-weave upper, Jordan Brand opts for a canvas-like fabric with a suede toe-guard. Finally, Luka’s logo is proudly featured on the left shroud, while “El Matador” appears on both heel-tabs and tongue-backs.

A release date has yet to be determined, but expect a release this Fall 2022 season.