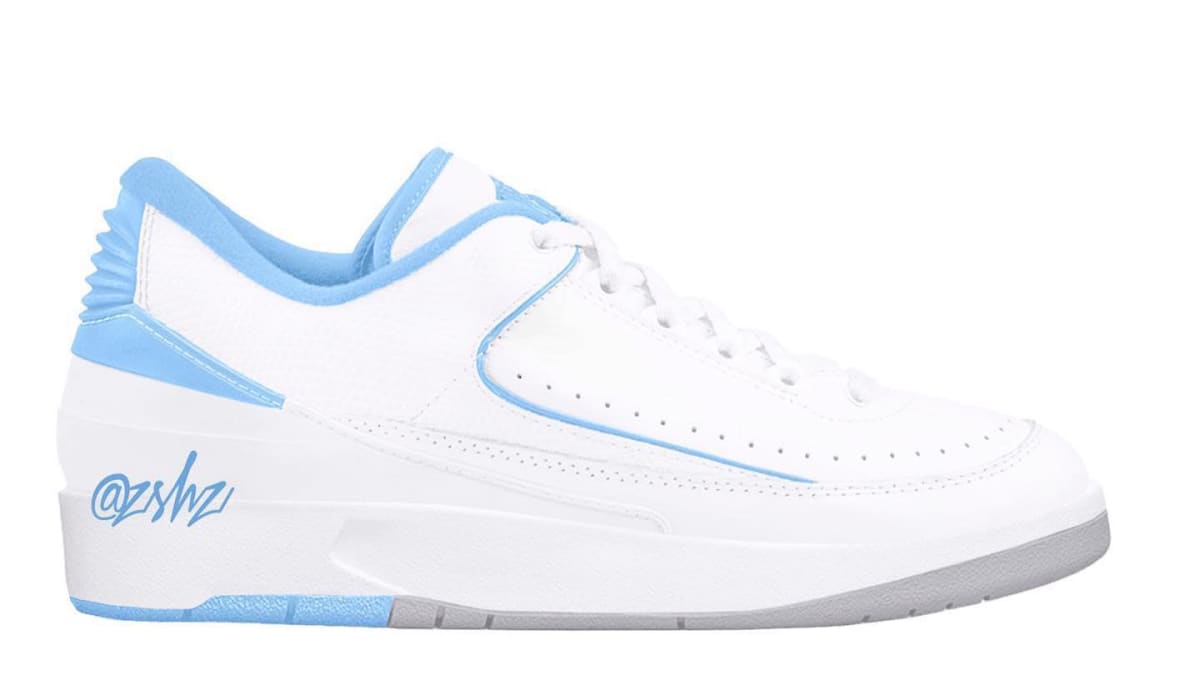 Jordan Brand is making sure that fans of the Air Jordan 2 Low will have plenty of opportunities to secure a pair in 2023. In addition to the “Cherrywood” colorway that surfaced yesterday, it appears that one of Michael Jordan’s PE makeups is hitting retail for the first time ever.

Per @zSneakerheadz on Instagram, Jordan’s previously unreleased “UNC” Air Jordan 2 Low PE will be available to the public in July. At the time of writing, images of the forthcoming release have yet to surface but according to the leaker account, the style will resemble the Jordan 2 Low worn by MJ during the Collegiate Legends Classic alumni game that took place on June 28, 1987.

During a different Carolina Pro Alumni game in 1986, Jordan wore a high-top Air Jordan 2 with a UNC blue accent on the heel. That pair was finally released in 2017 as part of a “The 2 That Started It All” pack which also featured the Converse Fastbreak Mid.

There’s also a women’s “UNC to Chicago” colorway of the Jordan 2 Low that’s expected to drop in March, which references Jordan’s journey from the University of North Carolina to the Chicago Bulls.

Release details for the “UNC” Air Jordan 2 Low have yet to be announced by Jordan Brand, but this PE-inspired makeup is currently scheduled to hit retail on July 22 for $150. Check back soon to Sole Collector for updates.