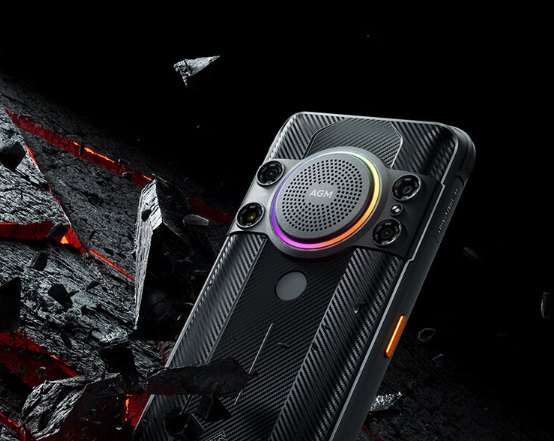 Some smartphone brands are known for making premium handsets (Apple, OnePlus). And there are brands known for cost-effective products (iQOO, Redmi, Realme). But we couldn’t miss the brand(s) that makes rugged smartphones. As you guess, we are talking about AGM. Recently, the latter released a new handset with tons of unbelievable features. Of course, they do not refer to hardware or software but refer to its ruggedness. The AGM H5 Pro was sold at $ 2199 yuan ($305).

The AGM H5 Pro has triple protection: it can be immersed in a water depth of 1.5 meters for 1 hour without damage, plus it can withstand 80-degree hot water; the phone can be dropped from six sides at the height of 1.5 meters; it can be cycled from -30°C to 65°C.

Unfortunately, the phone doesn’t look attractive when it comes to hardware. For instance, it hosts the MediaTek Helio G85 chip under the hood. You might think this is a low-end chip, and we will not argue with it. But the thing is that its performance is close to that of the Snapdragon 675. So the performance is not as terrible as you think.  Also, the chip is paired with an 8GB+128GB memory combination and supports 2TB expansion.

At the same time, it boasts of a 7000mAh battery, which supports 18W fast charging, has a pure standby test time of up to 417 hours with a SIM card, and can talk continuously for 24 hours, meeting the needs of long-term outdoor workers.

It is worth mentioning that the AGM H5 Pro has a built-in 3.5W speaker with a 112dB external amplifier, which is equivalent to an outdoor Bluetooth speaker. The speaker also comes with a ring-color “disco” breathing light. The latter supports 5 kinds of colorful light modes. As you guess, the lights will show various effects according to the music.

In other aspects, the machine has passed IP68, IP69K, and 810H certifications, has a built-in Smart K chip, supports Bluetooth 5.0 and NFC, and retains a 3.5mm headphone jack.